I often spotted females & immatures males Pseudothemis zonata aggregate for foraging in a small group, flying back and forth under tree cover, not far from the water's edge, exploiting small surfaces, and occasionally landing on branches... but just for few seconds !

The white-banded male also engenders lots of frustration for the poor odonata lover who try desperately to shoot the "beast". This vigorous flyer can often be seen patrolling rapidly and defending its territory, but almost never landing ! However, at few occasions, I was lucky enough to cross paths with one good guy perching restfully. 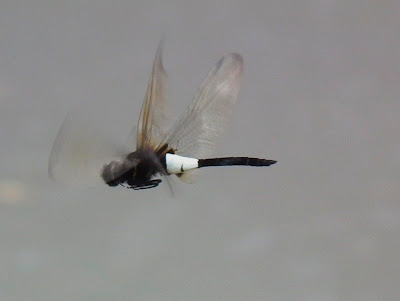 Male in flight. The white abdominal band really stands out.

The adult male has a deep black abdomen (S4-10) with a striking white band on S1-3. The frons is also white.
Both male and female show brownish wings tips (Pseudothemis jorina have entirely hyaline wings except a blackish patch at the base of the hindwings - which is also present in zonata). 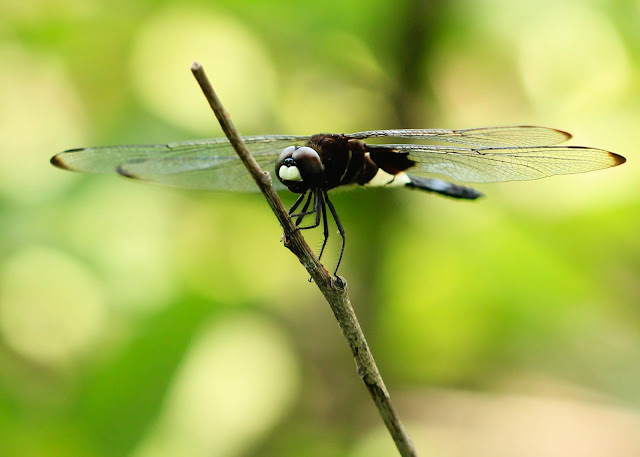 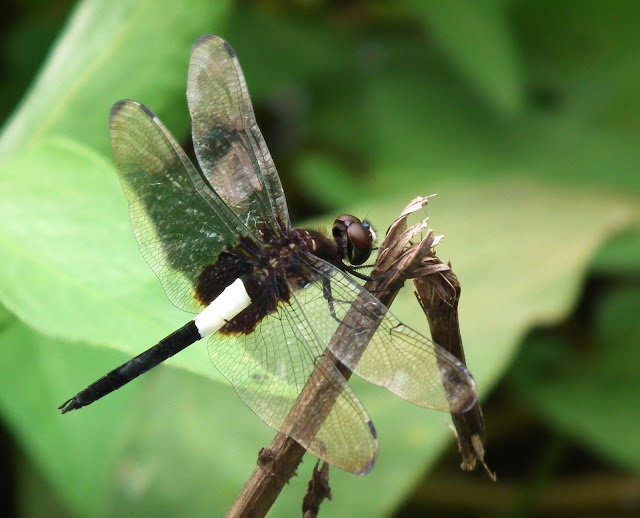 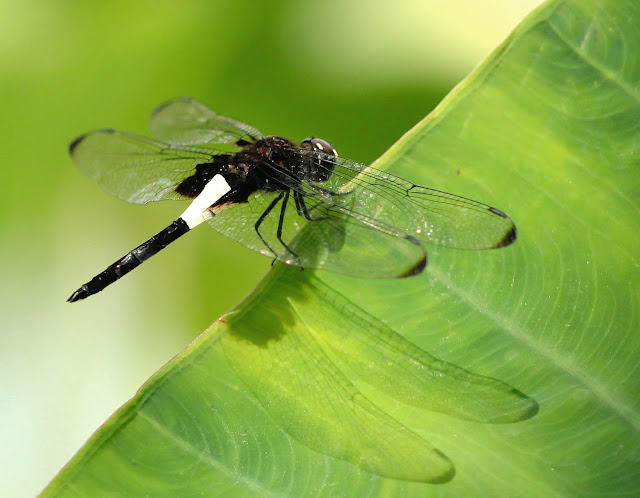 The female can be also easily identified, even when she is flying, by the striking yellow band which encircles S1-3. But be careful, the immature male is very similar, and you will have to wait - it can take time... - they land on branches to identify with certainty the sexes. 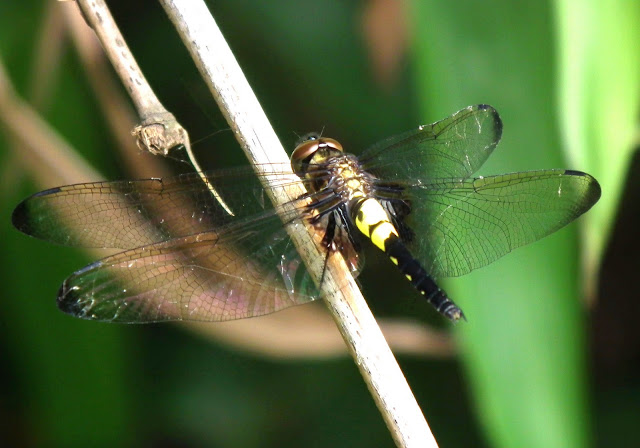 Females (photo above and bellow) 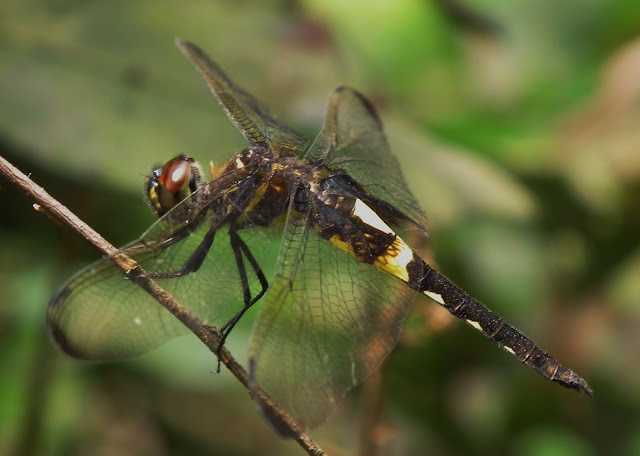 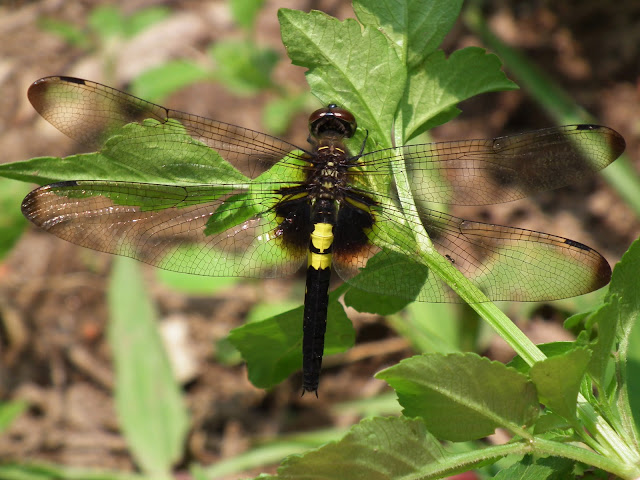 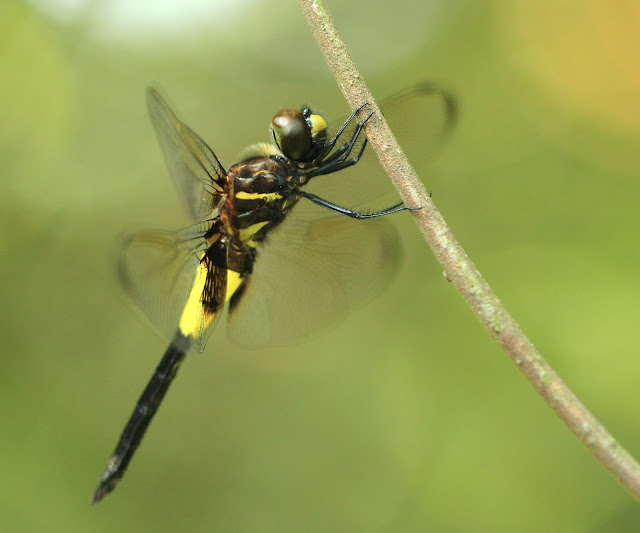 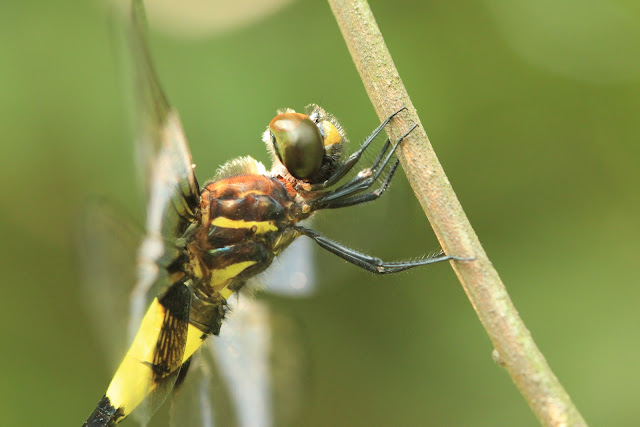 Female ovipositing in a floating stick.

Pseudothemis zonata is a Sino-Japanese species found in China, Japan, Korea and Vietnam (north only ?). In Vietnam, it is replaced further south by the Indo-Malayan Pseudothemis jorina, a very similar species.

I spotted this species at many lowland locations around Hanoi, even within the city limits (so low quality water bodies), mostly at ponds surrounded by trees and shrubs but also at sluggish streams.

Sébastien Delonglée
French expat living in Hanoi, Vietnam
Keen birdwatcher with a love of the natural world, all that is beautiful and ugly and everything in between. My peace comes from being outdoors in amongst nature.

I have a deep passion for the natural world and a keen interest in photography. I started this blog with the purpose of combining these two interests as a means of sharing with fellow nature-lovers this extremely enjoyable and rewarding pursuit of nature photography. I have been interested in taking photos of Odonata since 2011, after bumping into… Rhyothemis variegata (aesthetic shock!). I never truly appreciated the beauty of the Odonata until I started photographing them.

I am by no means an expert on Vietnam's dragonflies and damselflies, but I try my best to identify the species I encounter.

Welcome to my blog which is a diary of my sightings mostly around Hanoi.